<P>Background: Heat shock proteins (HSPs) are predominant molecular chaperones which are actively involved in the protein folding; which is essential in protecting the structure and functioning of proteins during various stress conditions. Though HSPs have important physiological roles, they have been well known for their roles in various pathogenic conditions such as carcinogenesis; however, limited literature has consolidated its potential as an anti-metastatic drug target. </P><P> Objectives: The present review outlines the role of different HSPs on cancer progression and metastasis; possible role of HSP inhibitors as anti-neoplastic agents is also discussed. </P><P> Methods: The data were collected from PubMed/Medline and other reputed journal databases. The literature that was too old and had no significant role to the review was then omitted. </P><P> Results: Despite their strong physiological functions, HSPs are considered as good markers for cancer prognosis and diagnosis. They have control over survival, proliferation and progression events of cancer including drug resistance, metastasis, and angiogenesis. Since, neoplastic cells are more dependent on HSPs for survival and proliferation, the selectivity and specificity of HSP-targeted cancer drugs remain high. This has made various HSPs potential clinical and experimental targets for cancer prevention. An array of HSP inhibitors has been in trials and many others are in experimental conditions as anticancer and anti-metastatic agents. Several natural products are also being investigated for their efficacy for anticancer and anti-metastatic agents by modulating HSPs. </P><P> Conclusion: Apart from their role as an anticancer drug target, HSPs have shown to be promising targets for the prevention of cancer progression. Extensive studies are required for the use of these molecules as anti-metastatic agents. Further studies in this line may yield specific and effective antimetastatic agents.</P> 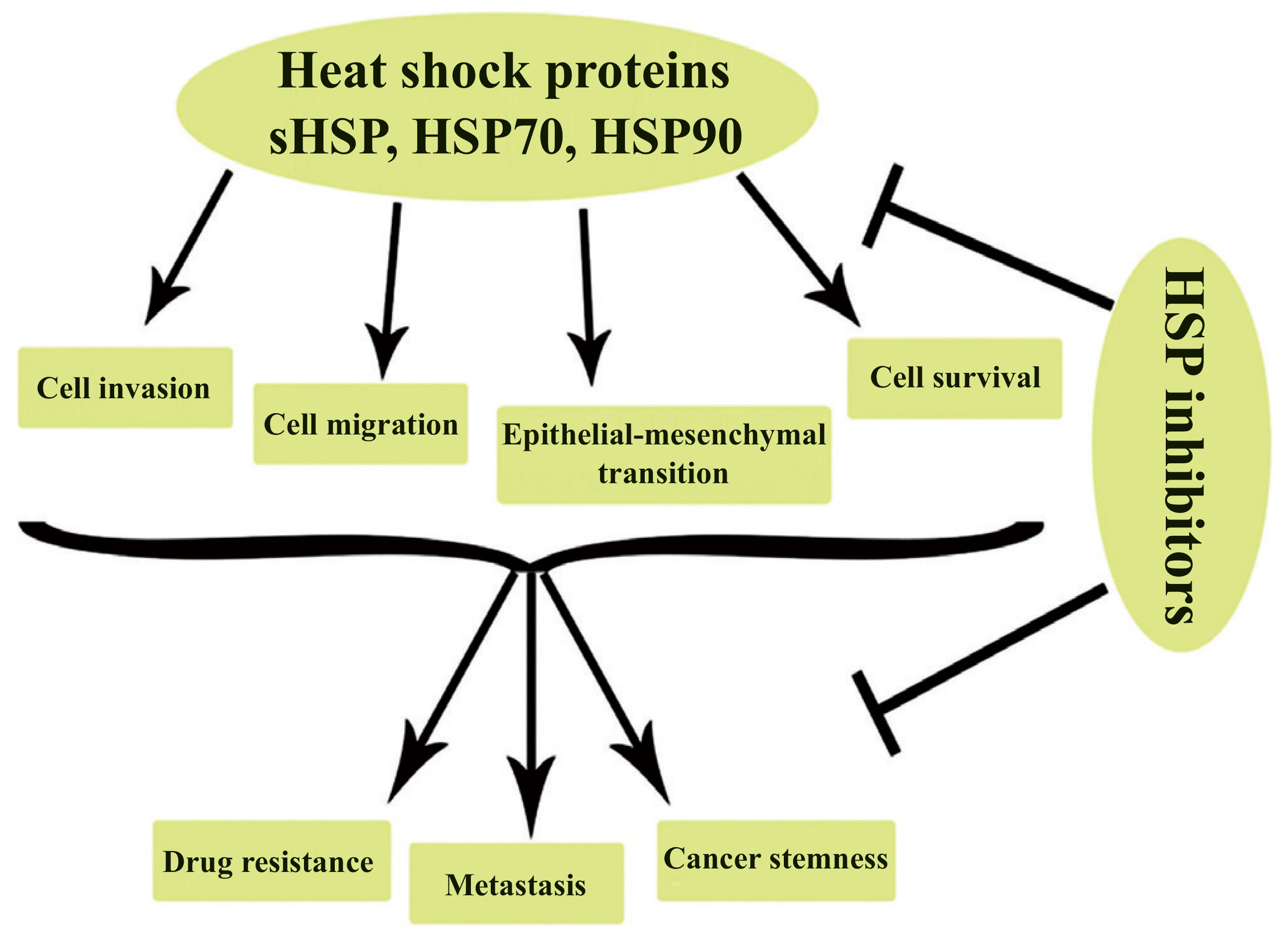